At some point you’ve been told that marketing and branding are all about storytelling. It has a nice ring to it, but what exactly does it mean?

When you start to look at it closely, it can get convoluted. Does your brand have plot points? Is the product the hero? And what’s the climax? If you think about storytelling in these traditional ways, you’ll quickly come up against the fact that the work of designing a brand – from identity and voice to communications and advertising – aren’t really like writing a novel or a movie.

But that doesn’t mean there isn’t tremendous value in the fundamental building blocks of stories, and using them to create and organize your brand. And here’s a secret that any successful screenwriter, novelist or director will tell you – there are no new stories. You’ve heard them all a thousand times. What writers from Shakespeare to Tolstoy to Tina Fey know is that the emotional impact of a story doesn’t come from its originality – it’s the opposite. The impact comes from the story feeling inevitable. By and large, we don’t want stories that defy our expectations. What we want is those expectations met, but in slightly different ways. That’s what makes a story satisfying.

What does this have to do with your brand? Well, no matter what you’re selling, chances are you can talk endlessly about your services and have tons of pictures of your widgets alongside eye-catching graphics. But without tapping into a larger story, your brand narrative is going to be a list of facts – which is to say, not a story at all. And not at all satisfying.

Now a lot has been written about what makes a story great – and you can pretty easily fall down a rabbit hole of heroic archetypes and Jungian collective unconsciousness. But there’s no need to get too complicated. It’s simple, really: all romantic comedies are the same – couple meet, they have problems, they resolve them. Or action movies: hero is thrust into situation, fights bad guys, emerges triumphant. The great writers don’t fight this – they lean in. Like Picasso said, “Great artists steal.” From A Midsummer Nights Dream to Die Hard, the stories we want are already out there – our job is to find where our brand fits in. And from there design our brand identity.

So, let’s look at some successful brands, old and new, that are doing a great job of playing into larger stories being told in society. 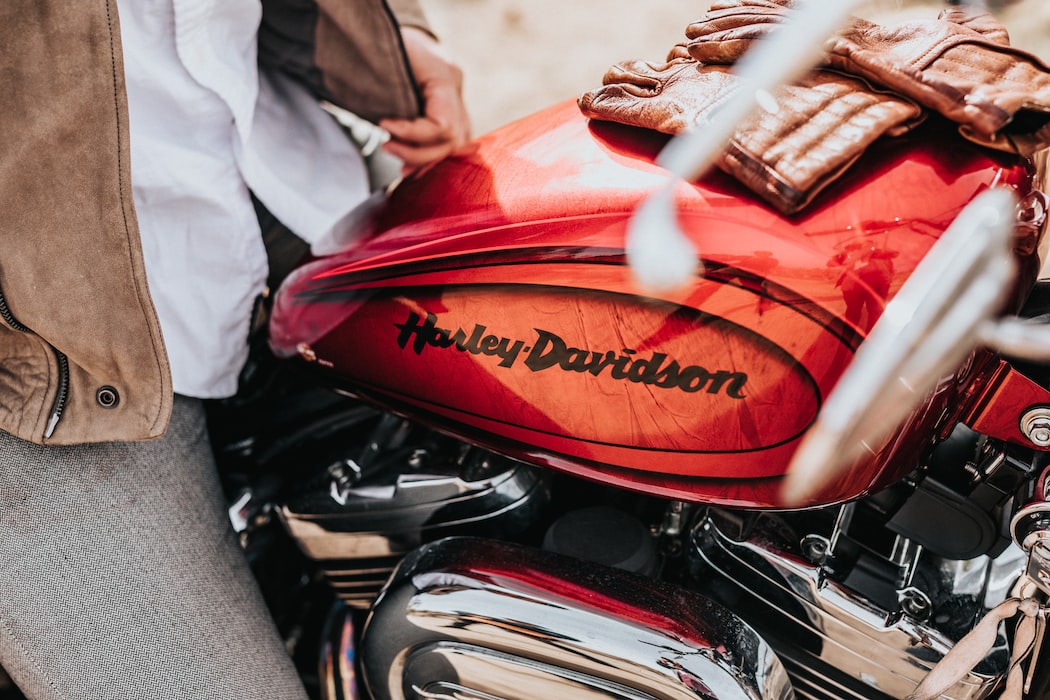 One of the most successful brands in American history, Harley-Davidson wrote the book on brand-customer affinity. Hey, you know you’ve done something right when customers tattoo your logo on themselves. They make great motorcycles, sure, but a nice piece of machinery is not enough to inspire such loyalty. So what story is Harley-Davidson telling? It’s telling a story of America – an America of independence, freedom, individualism and power. Harley-Davidson did not write this story, or course. It’s been written by American artists from Walt Whitman to Jack Kerouac, Marlon Brando to Dennis Hopper. But Harley-Davidson managed to piggyback on this particular American dream of the open road and of possibilities. This story is found all over their messaging, their photography and even their logo, which looks a lot like a classic American highway sign. 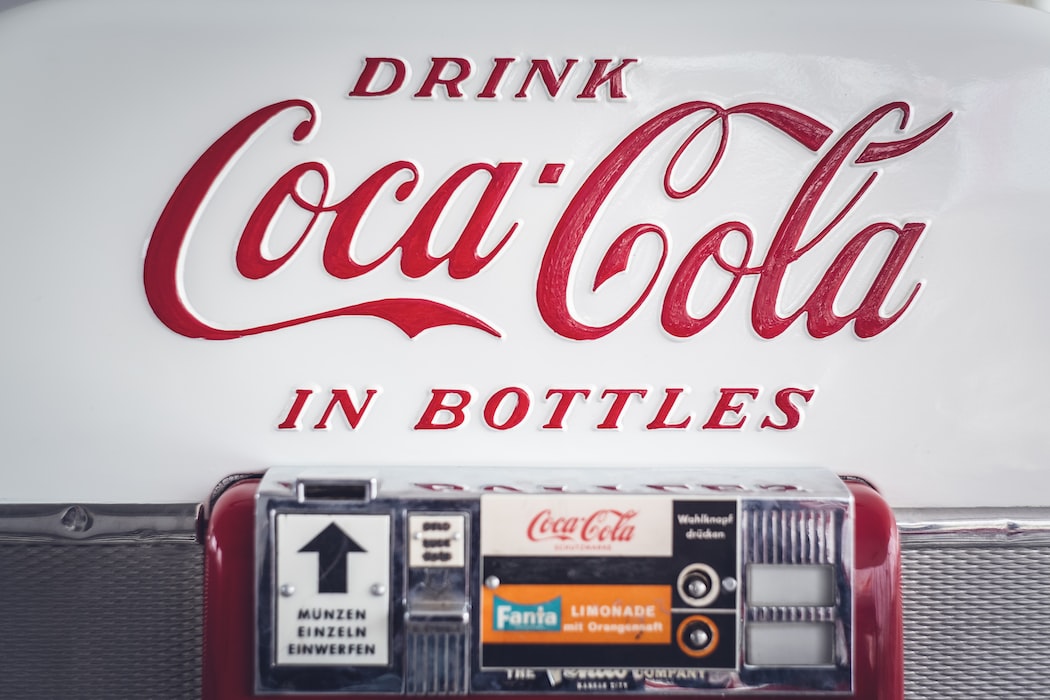 How can you make a story out of a carbonated beverage? If you stop to think about it, Coke’s only messaging should be “Drink Coke. It tastes very good.” But obviously this 128-year-old global brand found a way to hook into a larger story. Most messaging and marketing associated with Coca Cola centre around youth, joy, innocence and wonder. There’s a very purposeful nostalgia to their advertisements – glass bottles, retro machines – a Norman Rockwell, small-town vibe. This is a story of nostalgia, looking back on something youthful and pure and innocent. How did Coke get to be part of this story? Well, before you could buy a coke from your 7/11 or a vending machine, you had to go to a soda shop and get it mixed on site. Soda shops were popular hangouts for kids and teens – and going to a soda shop became a youthful alternative to going to a bar. Friendships and young love blossomed over Cokes at the counter. With effective brand design, Coca Cola managed to keep this story of youth, friendship, wonder and joy alive. Even when they branched out to polar bears, Coca Cola managed to get youthful joy, friendship and wonder into their messaging.

That’s how the old guard did it, but what about a newer brand? 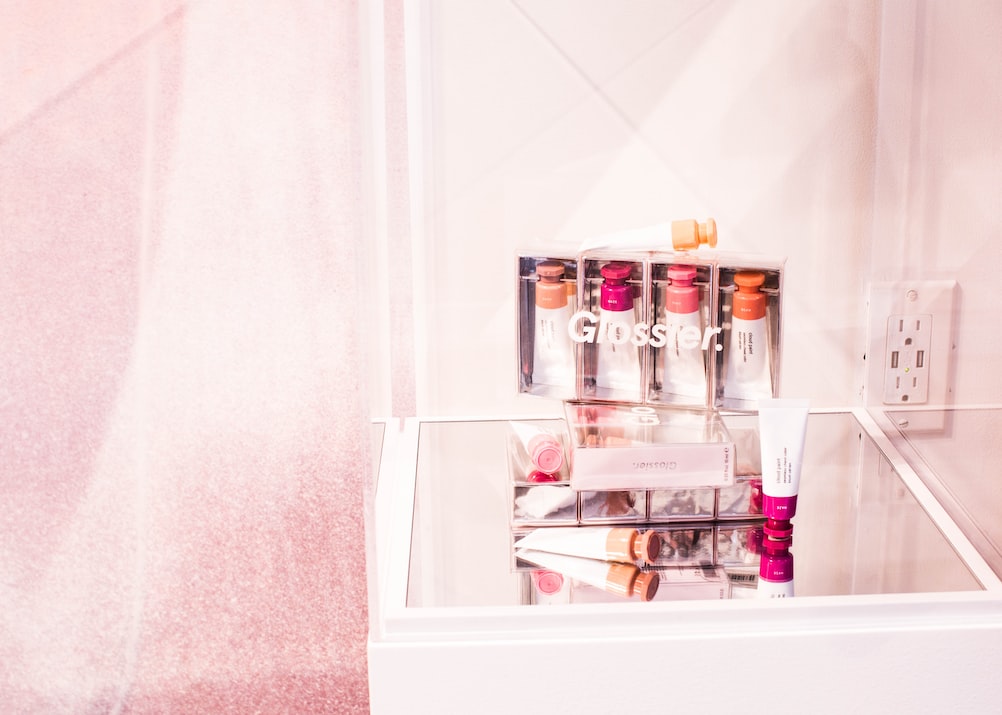 One of the most successful online brands of the last decade, Glossier – the brainchild of Emily Weiss – went form a fledgling start-up in 2014 to being valued at $1.2 Billion by 2019. They sell beauty products primarily online – famously only having three permanent retail spots. Although the lipstick and eyeshadows are good quality, they are not what’s driving sales. Glossier is reinventing the cosmetic industry by telling a very different story about beauty standards and women. The brand is inclusive and promotes positivity and female empowerment. This is not the invention of Glossier – it’s the larger story of fourth wave feminism that has risen in the past decade. Utilizing the language of gender equality, non-conformity and anti-patriarchal sentiment, Glossier has managed to design their brand around stories of how young women navigate our society. From the bold typeface to the reclaimed use of pink to the mirrors that say, “You Look Good,” Glossier has designed its brand around this powerful story that resonates with its key demographic.

So, when you are thinking about the elements that make up your brand – the identity, the voice, the visuals, the design, the messaging – think about some of the larger stories are society is telling. Chances are you’ll have a lot more success hitching your wagon to one of those than trying to write your own.

4 things you can do now to start your COVID comeback

Venture is an integrated marketing communications firm with over 30 years of experience. We help brands grow, evolve and reinvent with razor-sharp strategy and captivating creative.

We understand entrepreneurs because we think like them. We understand the passion, dedication and courage it takes to be an industry leader and we’ll do whatever it takes to make your business vision soar.
Get in touch